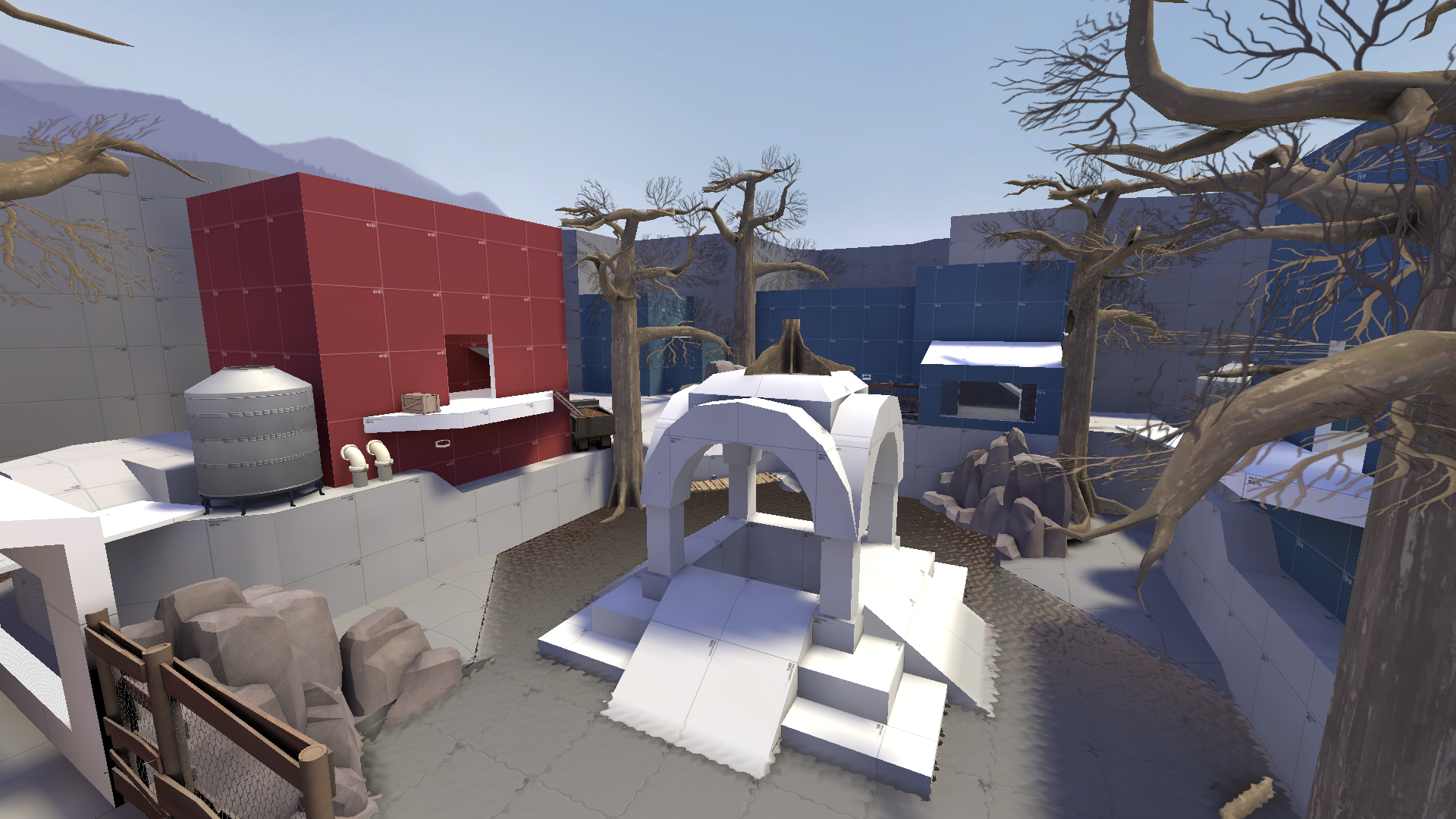 Swamphole is a swamp-themed Team Fortress 2 map for the custom gamemode Arena Sacrifice, a spin on the arena gamemode that has players competing to sacrifice themselves for the sake of their team. This map features carefully balanced paths to and from the flags and the point, and the lowered point makes it much easier to defend than approach.

Autumn is an autumn-themed custom Team Fortress 2 map for the king of the hill gamemode, which takes place on a dusty and derelict abandoned farm. This map features wide open spaces around the central control point, and offers multiple flanks for lighter classes to take advantage of.

Drainage is a tiny alpine-themed Team Fortress 2 map for the king of the hill gamemode, which has been designed to be played in small teams of either two or three. This level features a raised point supported over a shallow river that cuts through the middle of the map.